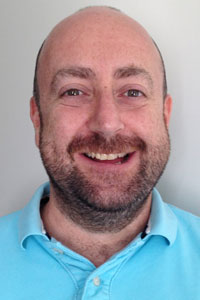 Russ first realised he could get laughs when he stole his cousin’s jokes. Just 30 years later he’s on stage with his own jokes and people laughing. He’s Northern and an optimistic pessimist so assumes these are pity laughs. Russ’s conversational style has been described as ‘lovely’. He, however, is not.