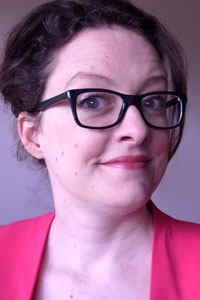 Ellie Gibson’s first stand-up gig was in March 2013, in a shipping container under a flyover in Deptford. She has since progressed to playing more glamorous venues, such as a pub basement used as a thoroughfare to the toilets. She is married and has a two-year-old son.