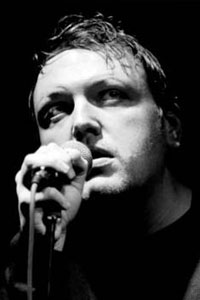 Since his first show at a Black Country open-mic spot, Andrew McBurney has swiftly gained a reputation across the country as an astonishingly original comedian. With pitch-perfect delivery, his semi-character based “melancomedy” finds belly-laughs in the bleakest of places. Andrew won “best newcomer” and “best joke” at the West Midlands Comedy awards and was a Laughing Horse New Act finalist after just a few months of performing.